A nation of spectacular natural beauty, friendly people and rich culture, Zimbabwe’s status as one of Africa’s leading safari destinations was dampened for years by its political instability. But now that the country is transcending its strife and returning to a state of equilibrium, it is once again emerging as a vacation highlight of the continent. Victoria Falls – known to locals as ‘The Smoke That Thunders’ – is one of the seven natural wonders of the world and the sheer power of this massive body of water plunging into the Zambezi Gorge is awe-inspiring and unforgettable. Lake Kariba, with its game-rich shores and islands, is an idyllic safari spot featuring mind-blowing sunsets; Hwange National Park is known for its huge herds of elephants; and a kayak trip down the Zambezi through the Mana Pools National Park will appeal to the intrepid traveller, providing close encounters with crocodiles, hippos and a host of other wildlife.

VICTORIA FALLS
Resting on the southern banks of the Zambezi river at the western end of the eponymous falls, this popular tourist town is compact enough to walk around and makes an ideal base for travellers exploring the seventh wonder of the world, the unfathomably vast Victoria Falls. About two thirds of the falls can be viewed from the Zimbabwean side and, while the falls are undoubtedly the star attraction, the area provides both adventure seekers and sightseers with plenty of opportunities to warrant a longer stay. Popular activities include scenic flights over the falls in helicopters or micro lights, bungee jumping off the Victoria Falls Bridge, white-water rafting (seasonal), and day trips to Chobe National Park. The town itself offers some excellent accommodation and restaurant options as well as an eclectic variety of African curios and authentic art sold by friendly Zimbabwean locals who are wonderfully welcoming and eager to help you enjoy your stay.

HWANGE NATIONAL PARK
Hwange National Park is Zimbabwe’s biggest reserve, home to a profusion of wildlife, including giraffe, lion, zebra and approximately 40 000 elephants. It provides sanctuary for all the country’s endangered species, including a population of wild dogs thought to be among the most sizeable surviving groups on the continent. Terrain ranges from desert dunes and savannah lands to rocky outcrops and sparse forests, and visitors have the choice of game drives, guided walks or horseback safaris as a means of experiencing the park and its creatures.

MATOBO NATIONAL PARK
Idyllically located in the spectacular Matobo Hills, the renowned Matobo National Park is known for its rich human history, its remarkably diverse flora and fauna and its magnificent rugged terrain. This unspoiled natural wilderness features a range of massive red-tinged, granite boulders interspersed with gorgeous wooded valleys making it a dream destination for hikers, climbers and nature lovers alike. The reserve is compact, easily accessible and is home to an impressive range of African wildlife including the highly endangered black and white rhinoceros, zebra, wildebeest, giraffe, cheetah, hippo, warthog and crocodile as well as Africa’s largest concentration of leopard and black eagles. This unforgettable national park serves as an ideal stopover for travellers heading to the popular tourist sites of Hwange and the majestic Victoria Falls.

GONAREZHOU
Meaning ‘place of elephants’ Gonarezhou is Zimbabwe’s second-largest national park, extending across a vast area of baobab-dotted scrubland and pale orange sandstone cliffs. It is home to 4 of Africa’s ‘Big Five’ – elephant, leopard, lion and buffalo – as well as a multiplicity of other animal and bird species.

GREAT ZIMBABWE RUINS
Once Zimbabwe’s capital, the ancient city of Great Zimbabwe is the biggest and most significant stone archaeological complex in sub-Saharan Africa. It is also one of its oldest – thought to date back to the 11th century and second only to South Africa’s Mapungwe. Composed entirely of rectangular granite blocks stacked on top of one another without the use of mortar, the walls and towers of the city measure up to 12 metres in places, and it is unsurprising that Great Zimbabwe was designated a World Heritage Site in 1986.

LAKE KARIBA
The planet’s most voluminous man-made lake, Kariba is a popular tourist destination that was created in the 1950s when the mighty Zambezi was dammed. It stretches for more than 200 kilometres along the border between Zimbabwe and Zambia, forming a natural boundary between the two countries. The lake’s waters are home to abundant crocodiles, hippos, fish and aquatic birds, while its shoreline and islands are rich with terrestrial game such as elephant and buffalo. It has become one of Zimbabwe’s main tourist attractions offering houseboat holidays, fishing safaris and wonderful game viewing experiences.

MANA POOLS
The life-giving power of the Zambezi River makes Mana Pools National Park one of Zimbabwe’s most lush and flourishing regions, designated as the country’s second World Heritage Site and known as one of the continent’s premier game-viewing regions. Canoe trips are offered year round and provide a unique and memorable way for visitors to experience the area’s striking scenic beauty and diverse fauna, while guided walks are a great way to take its pristine riverside forests.

on your vacation and safari journey! 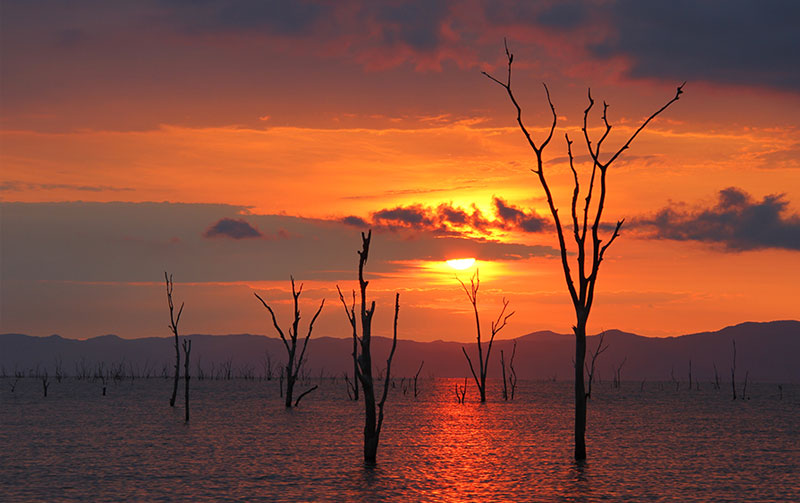 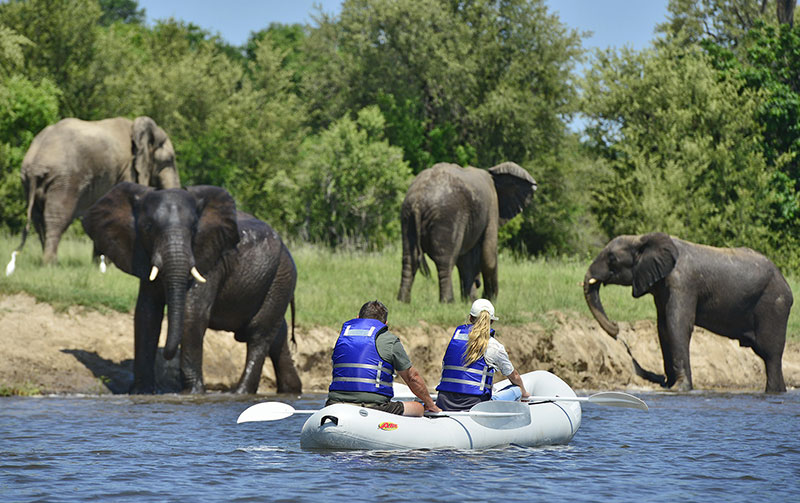 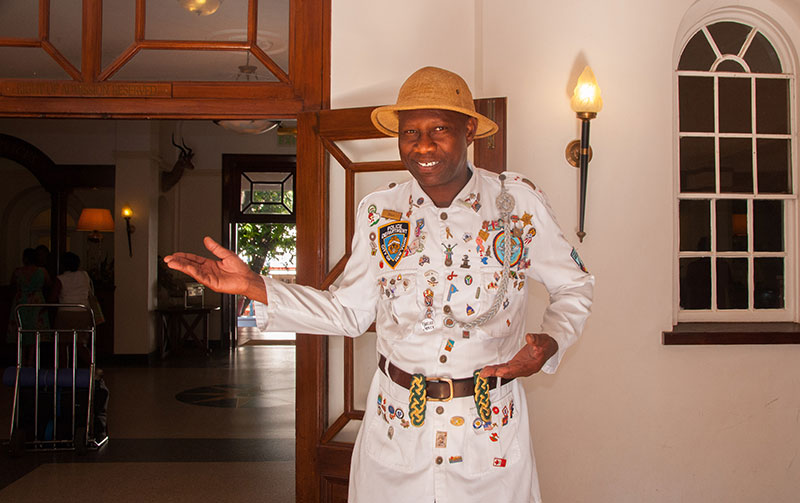 Let us craft the perfect Zimbabwe experience for you.
ENQUIRE NOW
Enquire Now
×